In recent months, various news agencies,1 social media sites and blogs have reported about the practice of “oil pulling” (swishing oil in the mouth) and its potential benefits on oral and general health. 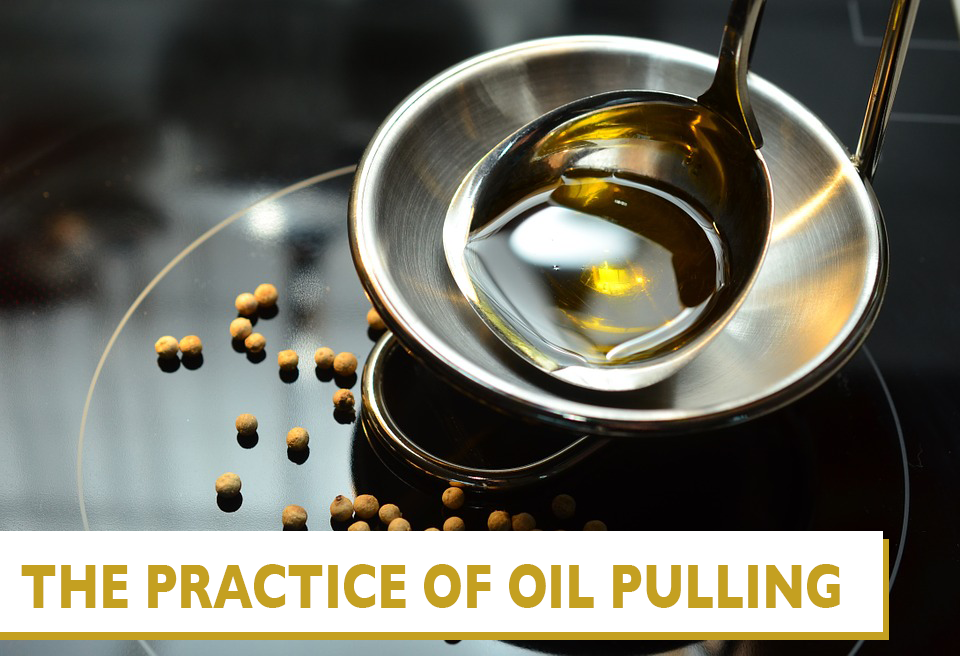 Websites that support natural therapies are also fanning hope—and strong emotions—about oil pulling procedures, with proponents claiming it enhances oral health, whitens teeth, and improves overall health and well-being. This Science in the News provides a brief overview on the practice, health claims associated with oil pulling, and information on the lack of science to support use of this technique for any oral or general health benefit.

Based on the lack of currently available evidence, oil pulling is not recommended as a supplementary oral hygiene practice, and certainly not as a replacement for standard, time-tested oral health behaviors and modalities. The ADA recommends that patients follow a standard oral hygiene regimen that includes twice-daily toothbrushing with fluoride toothpaste and cleaning between teeth once a day with floss or another interdental cleaner, using ADA-Accepted products.  Brushing with fluoride toothpaste and cleaning between teeth help prevent cavities and keep gums healthy.

If individuals need more help to reduce gingivitis, they can add an ADA-Accepted mouthrinse shown to reduce plaque and gingivitis to their oral hygiene regimen.  Several Listerine antiseptic mouthrinses carry the ADA Seal of Acceptance because they have been shown, through laboratory and clinical studies, to help reduce plaque and gingivitis.  Listerine contains four essential oils (thymol, eucalyptol, methyl salicylate and menthol) as its antiplaque and antigingivitis active ingredient combination.  Unlike the oils used in oil pulling, these essential oils are present in small amounts in an aqueous solution that is intended to be swished for 30 seconds, twice a day.  The ADA Seal on over-the-counter oral care products is your assurance that those products have been evaluated by an independent group of experts, the ADA Council on Scientific Affairs, and that the product does what it claims to do.

As background, oil pulling is an ancient, traditional folk remedy that has been practiced for centuries in India and southern Asia as a holistic Ayurvedic technique.2  The practice of oil pulling involves placing a tablespoon of an edible oil (e.g., sesame, olive, sunflower, coconut) inside the mouth, and swishing or “pulling” the oil through the teeth and oral cavity for anywhere from 1-5 minutes to up to 20 minutes or longer.

Overall, as is true for many folk remedies, oil pulling therapy has insufficient peer-reviewed scientific studies to support its use for oral conditions. One study3 that compared oil pulling to the use of a chlorhexidine rinse found chlorhexidine to be much more effective in reducing S. mutans levels in plaque and saliva. However, the same study did not look at whether the S. mutans reduction provided the clinical benefit of reducing cavities.

Current reports on the potential health benefits of oil pulling have clear limitations.  Existing studies are unreliable for a number of reasons, including the misinterpretation of results due to small sample size, confounders, absence of negative controls, lack of demographic information , and lack of blinding. To date, scientific studies have not provided the necessary clinical evidence to demonstrate that oil pulling reduces the incidence of dental caries, whitens teeth or improves oral health and well-being.

Recent articles in the media recommending oil pulling procedures generally have not described potential adverse health effects, but case reports of lipoid pneumonia4 associated with oil pulling ormineral oil aspiration5 have appeared in the literature.  In addition, cases of diarrhea or upset stomach have been reported.

Various over-the-counter products and oral health practices may promise therapeutic effects when used, but only through rigorous scientific analysis can the dental profession be assured of a product or therapy’s effectiveness and safety.  As emphasized in the ADA policy statement on unconventional dentistry,[t]he provision of dental care should be based on sound scientific principles and demonstrated clinical safety and effectiveness.

NagiosCheckValue - Do not remove please